Like many people, I had no formal or even informal art training in elementary or secondary school – little or no introduction to artists of any kind.   As a result, I developed the odd belief that painters just painted.  All their ideas and abilities were just there, so, put the brushes in their hands!  Imagine my frustration when I tried to draw or paint.  Obviously, I thought, I just don’t have what it takes.  And I have met so many people with this attitude.

It wasn’t until I studied art history and theories of creativity in university that the “light went on”.  I learned that most very innovative, cutting edge painters – painters like Van Gogh, Picasso, Cassatt, Gaugin, and O’Keefe generally had a formal art education and studied their craft from an early age.  For most, years of training and experimentation went into developing their signature styles, whether they were impressionists or cubists.

So, this information raised questions for me.  How important is skill in transforming an idea into a painting?  How do we define creativity and what part does it play in the production of art?  Does a realistic painting indicate a lack of creativity?

While taking a class in creativity, I learned that there are many studies of creativity and many definitions of the concept.  The studies led me to no conclusions – simply raised more questions.  I was looking for a simple definition of creativity – one that may not exist.

A quick google of the word “creativity” produces the definition “The use of original ideas especially in the production of an artistic work.”  Simple, but no mention of skill.  The Concise Oxford dictionary, however, defines creative as “inventive, imaginative, showing imagination as well as skill.”

We’ve all seen the ‘blob’ paintings – a colourful blob of paint on a canvas with a terrific frame around it.  Does the blob indicate creativity?  I would argue that that it does not.  I believe that creativity involves the ability to take inspiration from one’s surrounding and have the skill to transform that inspired idea into a work of art that represents the artist’s vision.  Too simplistic, perhaps, but there it is. 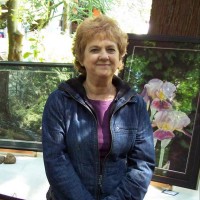